Create a FREE profile to save your progress!

The town of Bettingcourt has seen a significant decrease in petty crime rates over the last 5 years. Officials credit after school programs for this remarkable drop. The town implemented several new after-school programs for teens to give them something more productive to do with their time.

When police noted that many of the petty crimes were committed by teenagers during afternoon hours, they approached the school board about increasing the number and variety of after-school programs. Police officers, city officials, and general community members came together to volunteer their time and skills to creating art, music, dance, and mentoring programs at the local high schools. Now instead of roaming the streets in the afternoons, students are engaged in expressing their creative sides in more positive ways. Graffiti rates have dropped by over 50%, shoplifting arrests are down, and reports of vandalism have decreased as well.

The town is now seeing many benefits from these relatively easy-to-implement programs, including a decrease in crime and an increase in the feeling of community. Young people are volunteering their time in the community and older teens are serving as mentors to younger students. Bettingcourt continues to grow stronger and is now being looked at as a model for other communities hoping to bring about change. 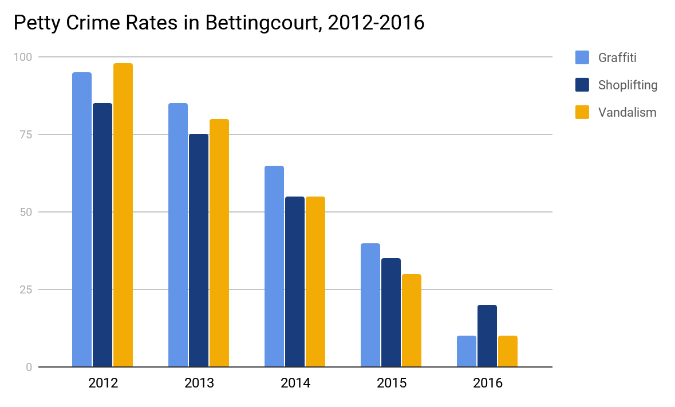 The ParaPro Assessment is produced by Educational Testing Service (ETS). This product is not endorsed or approved by ETS.