Earthworms are observed to come to the surface in response to vibrations. People exploit this behavior to gather earthworms in large quantities to sell as bait. A researcher was puzzled as to why earthworms would behave in a way that puts them at risk. He developed an hypothesis that earthworms were reacting to the presence of moles. Moles are voracious predators of worms. Prior to this, many people thought that the vibrations imitated rainfall and the worms were trying to avoid drowning underground.

To test the hypothesis, several experiments and surveys were performed. People leave stake holes in the ground as part of making the underground vibrations they use to gather the worms. Areas near these stake holes were examined for the presence of mole tunnels. Sound recordings of burrowing moles and the vibrations made by human bait hunters were made.

Results from these surveys and experiments are shown in the accompanying figures. 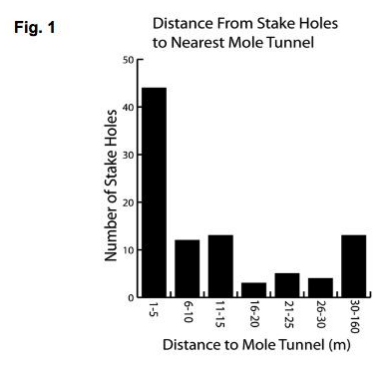 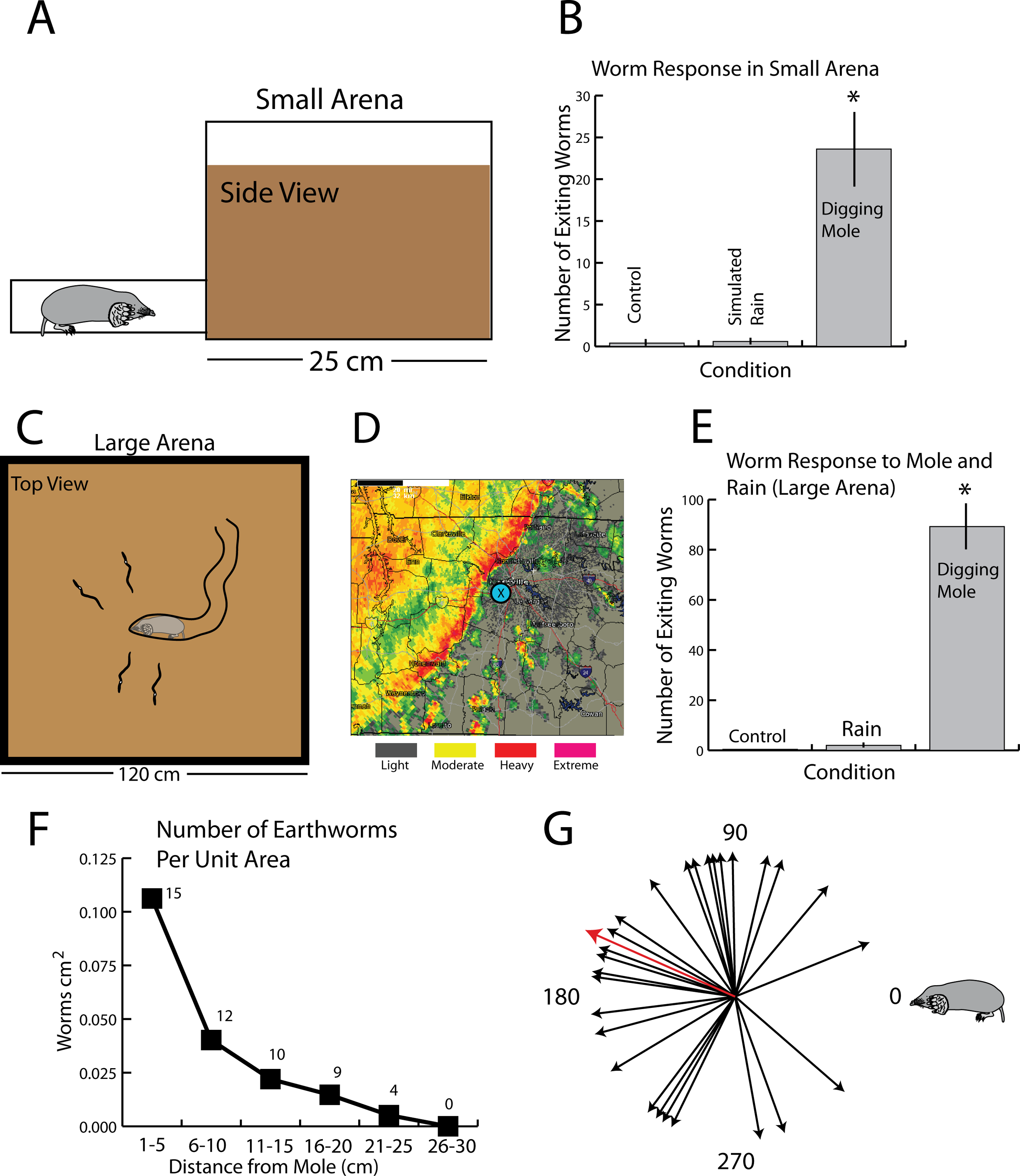 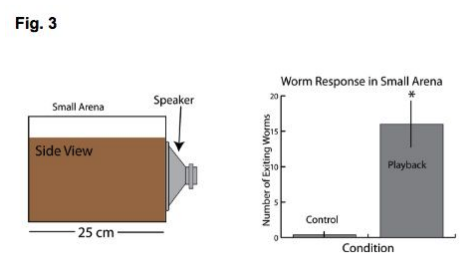