Every object possesses a set of properties, which are traits that can be measured. There are many ways of classifying properties. They can be classified as extensive if they depend on the amount of material (e.g. length, volume), or intensive if they do not depend on the amount of material measured (e.g. density, temperature). They can also be physical if they do not change the nature of the material when measuring it (e.g. mass, viscosity), or chemical if measuring the property involves altering the chemical structure of the material (e.g. flammability, toxicity). An object can be described precisely by listing a complete set of its properties.

When studying physical sciences, there are some crosscutting concepts that, no matter the field of study, are important to understand:

Repetitive units often allow for insight into the physical principle that rules phenomena. For example, studying patterns in the phases of the Moon allows scientists to discover the astronomical principles that rule its movement.

Every action has an associated reaction, although a combination of actions can have a single outcome, or a single action can produce multiple reactions. Physical sciences study these causal relationships (e.g. studying how the temperature of the atmosphere influences wind movements).

There are phenomena that can only occur at certain scales, while there are others that are universal and occur no matter the size of the system under study. For example, the laws of thermodynamics rule the behavior of microscopic and macroscopic systems alike, but the effect of laws such as the universal gravitation law can only be observed in massive objects.

Physical objects must follow the Law of Conservation of Energy and the Law of Conservation of Matter. Energy and matter can only change in physical processes, but they can neither be created nor destroyed. Studying their changes and how they flow in the system under study allows scientists to discover underlying laws that rule how objects interact.

The function and properties of an object are determined by its structure and/or shape. For example, the reactivity of atoms depends on the number of electrons around the nucleus, while the length of a lever determines the mechanical advantage that can be gained from using it.

When designing an experiment, it is very important to determine which elements change (variables), and which elements are kept stable (constants). Controlling variables and constants allows scientists to study how physical systems behave and rank the influence of different factors on a process. For example, comparing the distance that different objects travel in a constant amount of time allows a researcher to determine which object is faster.

Unlike physical science, life science studies living objects. But what defines an object as “living?”

The concept of life is very difficult to define using scientific terms. The main difference between living and nonliving things is that living things have developed structures that allow them to grow, breathe, eat, move, reproduce, and respond to their environments. Also, all living beings follow a life cycle.

Living beings go through a series of stages during the course of their lives. There are four main phases: birth, growth, reproduction, and death. The following image shows the life cycle of a butterfly, an insect that undergoes metamorphosis (change of shape) during the growth phase. 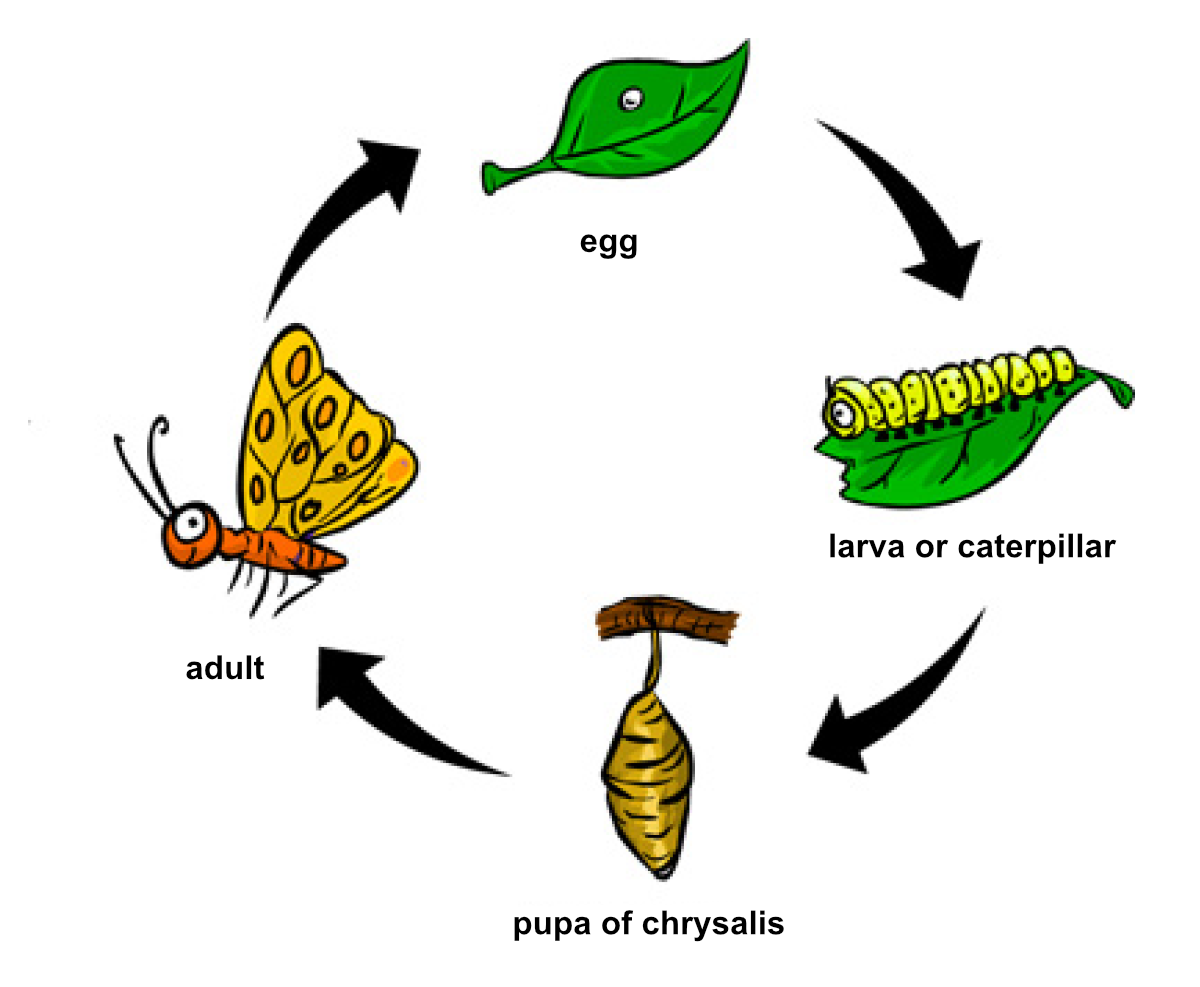 A habitat is an environment or place where organisms live. Habitats must have the necessary conditions for an organism or community to live in. These conditions can be physical (e.g. temperature, light, humidity), or biotic (producers, consumers, and decomposers in the area). According to each species’ needs, there is a specific habitat where they will find ideal conditions for subsistence (e.g. the habitat for a lion would be very different than the habitat for a dolphin), but different organisms can share the same habitat (e.g. lions and zebras share grasslands).

Organisms living in a determined environment can modify it. For example, animals that eat fruits disperse seeds for new vegetation to grow. The environment also modifies organisms, creating conditions for the survival of those who can take advantage of its features (e.g. a species that camouflages in a tropical forest such as leaf insects).

Human activities can modify an environment, causing entire species to disappear as their environment is no longer able to support them, or introducing foreign species to an established habitat, disrupting the natural equilibrium inside it. However, human activities are able to benefit the environment when they are aimed to restore optimal conditions for organisms to thrive in it.