Create a FREE profile to save your progress!

Energy travels through space by electromagnetic radiation (Table 1). There are many forms of radiant energy, such as sunlight, microwave oven energy, X-rays, and heat from a fireplace. All forms of electromagnetic radiation exhibit wavelike behaviour and travel at the speed of light (c) in a vacuum. Wavelength, frequenc and speed are the three primary characteristics of waves. Wavelength (λ) is the distance between two consecutive peaks in a wave. Frequency (ν) is the number of waves (cycles) per second that pass a given point in space. There is an inverse relationship between wavelength and frequency—short wavelength radiation has a high frequency, whereas long wavelength radiation has a low frequency.

Frequency can be calculated by rearranging this equation to solve for frequency, ν = c/λ. Alfred and Gwen plotted frequency as a function of wavelength and the resulting graphs are shown in Figures 1 and 2. 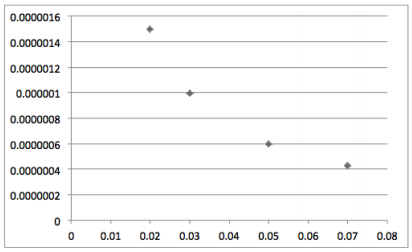 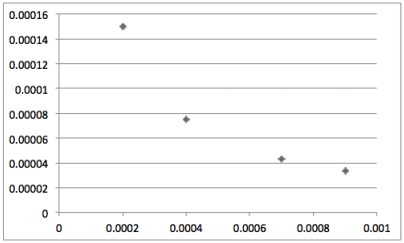